So here’s a manga with an interesting history. Tsurezure Children (徒然チルドレン, lit. “Tedium Children”, AKA Tsuredure Children) started out as a webcomic of a sort a little over four years ago (so, 2012). Back then, it didn’t have a (well-known) name, it was just a series of 4-koma comics starting with this one that the artist seemed to be drawing for fun (aw, looks like he abandoned pixiv). They each had the same format: a title card for the chapter with a simple color background and two characters at the sides, followed by a short chapter a few strips long featuring those two characters. Again, these comics didn’t have a name (at least not one everyone used — I believe the author sold the series as doujinshi under the moniker Tsuredure Children), but people definitely noticed them: they were odd, subversive, funny, and also cute. Eventually, people referred to this “series” as Wakabayashi Toshiya’s 4-koma Collection, and for a long while that was all I ever saw it called. It actually seems like there are a large number of people who don’t know that Tsurezure Children and Wakabayashi Toshiya’s 4-koma Collection are the same exact thing. So, if you didn’t know that…now you do. Two years after its first strip, this comic entered Kodansha’s Bessatsu Shounen Magazine (a monthly publication) as an officially published manga, now redrawn, and getting its first tankoubon in 2014.  Eventually it moved into Weekly Shounen Magazine, and here we are today.

Reading this can thus be a little confusing, because Tsurezure Children has more chapters (as in, there are new chapters in between old chapters in Wakabayashi Toshiya’s 4-koma Collection, so you can’t just read the whole collection and pick up at the “following” chapters in Tsurezure Children — it’s not like the web series just ended in favor of the published version). If you want to read this: read Tsurezure Children and maybe come back to Wakabayashi Toshiya’s 4-koma Collection later to see all the cute title cards: the title cards in the published version are usually just “one large silhouette in profile”, although…nah, I’ll talk about that later. Jeez, that was a lot of setup. I don’t believe I’ve actually said what this comic is about.

Tsurezure Children, or Wakabayashi Toshiya’s 4-koma Collection, is a well-renowned (on the Internet, at least) 4-koma manga by (who else?) Wakabayashi Toshiya (若林稔弥) that focuses on comedy and romance with a little bit of drama. However, here’s the thing: although a few aspects of it are completely absurd, most of this series is firmly grounded in reality. Within the first few chapters, several characters have gone from “interested in one another” to “a couple” and most of the series is thus about them being in a relationship. Yep, no fuss: this is a rare manga featuring post-coupling relationships where they actually go out, flirt, and date. Almost every single character in the series has a “designated partner”, whether or not they actually confess or have mutual attraction or start going out, and only one character to my knowledge has two love interests, though I really wouldn’t count one of the two. So, nearly any drama you get in the series is based on…things people in or going into relationships must deal with, rather than interloping third parties getting in the way (as is common for romance in fiction). There are many pairings who take a long time, though — make no mistake, but it’s refreshing to see actual boyfriends and girlfriends here. As a whole, Tsurezure Children is “refreshing”, being incredibly funny and also adorable, while also being relatable a lot of the time, doing things you just don’t see in romance manga, and still featuring budding and growing relationships that you can follow and get invested in. It’s not faultless: within its immense cast of characters there are a handful of truly annoying ones (I guess this is what you should expect with high schoolers), and a few characters take a while to warm up to, but for the most part it’s no wonder this series has gotten so much attention. No harem nonsense, either. It’s so nice. 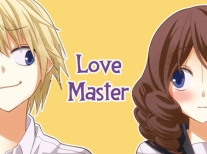 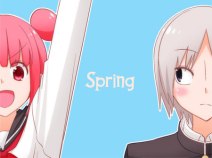 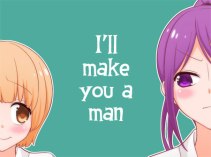 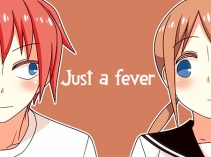 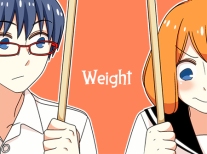 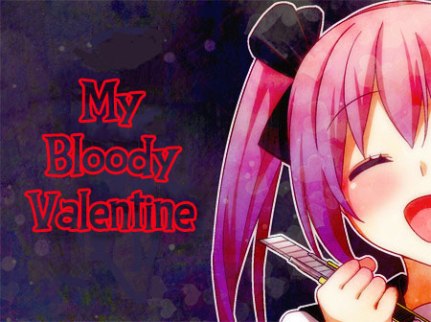 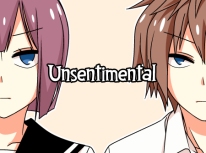 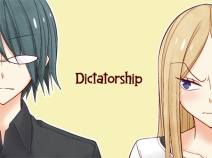 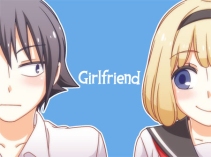 There isn’t actually much more to say beyond what I’ve already said. The series opens up with an awkward failed confession scene, setting the mood for the upcoming chapters, and…yeah. I can talk a lot of praise about this series, but it is what it is, and I’ve said what it is. Are you amused by cringe-inducing scenarios like this?

Does this magical man dazzle you?

I know he does. Every time this guy appears, I start laughing.

How about cute delinquents? That your thing?

Did you answer yes to all or some of this? Then you should probably check out Tsurezure Children.

If you’re curious about it, my favorite pairings are (from most liked to least…most liked) Sugawara x Takano, Sonobe x Nashimoto, Matsuura x Urara, Kamine x Gouda, and Toda x Sanagawa, although I think my favorite characters are Minagawa (the girl in the left strip — she always makes for fantastic chapters, although her love interest is mostly unremarkable) and Nashimoto (I like her personality and think her chubbiness is cute). Minagawa also gets a bonus of regularly messing with her love interest’s younger sister, who can’t stand her. Without going over each of the pairings closely, Sugawara x Takano (pictured above) has a lot of appeal for me due to it being one of the few relationships that kind of starts at nothing and builds more into something (another being Toda x Sanagawa, which is a pair of teenagers that barely emote). It’s pleasant to watch, although…

Unsurprisingly, Tsurezure Children indulges in a fair amount of misunderstandings and dense girls or boys. This statement is unrelated to the image above. Anyway, the good aspects of this series make those moments mostly acceptable, however sometimes it’s a lot worse than other times. The Yamane x Kurihara pairing is particularly terrible for this, and although another character (a fantastic character) quite blatantly states “you are being stupid, stop being willfully dense” things remain deadlocked so badly that you’ll want to throttle one of these two. Then there’s Kaga…

Kaga is the guy. This bastard pisses me off so goddamn much. I have seen dense, and this punk beats out any neutron star or black hole I’ve ever seen. He’s also a jerk, selfish, and generally uncaring. He makes me genuinely mad, and to the latest chapter as of this writing he hasn’t changed. I feel bad for the girl who’s interested in him (she likes him for decent reasons, by the way), who he kind of put into a corner and completely misunderstands. I want to punch him in the eye.

There are a few other characters that bother me (such as the karate junior and the yandere and occasionally Kana (who makes some strange calls as a girlfriend)), but thankfully, they are in a very minute minority. Most of the characters in this series are great. Despite being a 4-koma with loads of characters to manage, characters actually change and develop over the series. Take the above two, for instance: Kamine and Gouda. These two change as people and as a couple from start to latest and it’s great. I actually didn’t like them much at the start (one only seems “shy”, the other seems like a full-blown idiot), but they really grew on me.

God, the humor is relatable.

Not only is this impressive, it’s simply great as entertainment and as a story. Wakabayashi-sensei definitely really knows what he’s doing, and I’m happy that he’s had a good amount of success with this idea he’s been crafting for so many years. He really puts his heart in it, with plentiful and significant omake pages in the volumes, from full on extra chapters to large charts asking questions of the entire cast. Still, for every reason, the series should have gotten terrible at some point, but it keeps. It’s still good. It is good in different ways, however. The series changed about twice, I think (not counting when it was a web series), resulting in what I’d describe as three “phases”. There’s the “introduction” phase where we’re just meeting the characters and establishing dynamics, which lasts about two volumes, then there’s three to four volumes of a “regular” phase. Basically, we’ve met everyone and are just following their stories. After that, we’ve got a recent phase which involves something interesting: really spreading the characters out. This part is more clear, I think, by how the title pages change from usually silhouettes in profile to something akin to the web series: one or more characters at the top half of the page, basically. I’d call this the “mixing” phase, since prior to this for the most part characters primarily dealt with their designated partners and rarely anyone else. After this, the students and classes start becoming more connected, like friends. It feels a little more like a slice of life series, and it’s nice seeing everyone being friends. Each “part” of the manga has been great, and I’m looking forward to more.

By the way, this series features (unrequited?) student-teacher romance, so if that prospect bothers you, you’ve been warned.

And I now realize that although I said I had not much else to say, I said quite a lot, and thinking on it there’s a fair amount you could bring up with this series if only because there are so many characters. There’s a lot to like, basically, but with the large variety it should be no surprise that you may not like everything the series presents. I must say, what drama is in the series is handled very well, and Wakabayashi-sensei knows full-well how to avoid serious pitfalls of cliche romance. This is definitely a plain old great manga, and there’s a whole lot of it out there. If you want to pick it up, I’d definitely say now’s the time — translations are up to date.

That’s it! Sorry for my massive delays in reviews; after this weekend I’ll be much more free. Okay! If I don’t screw up, tomorrow I’ll have a review on a manga (purportedly) about diving! If you know a manga “about diving”, you probably know what I’m talking about. See you then.