END_OF_DOCUMENT_TOKEN_TO_BE_REPLACED

Slow down, friend. The following content is incredibly perverted.
You can expect to find burly men and buxom women,
feminine boys and the bodies of youths,
all sexualized.

Bothered by any of that sort of thing? Turn away.
You’ll be missing an amazing comic, but saving yourself from offense.
Steel your heart or stay back.

A trap is fine too.

END_OF_DOCUMENT_TOKEN_TO_BE_REPLACED

Whuh oh, hold up a second.
This isn’t just a lewdness warning,
this is a gore warning.
This series features heavy themes (such as child abuse),
nudity, generally offensive content, and extreme violence.
The author rates this comic 15+, and I’d say it’s not safe for work.
If you are pure of heart, or don’t have the stomach for gore,
you may want to turn back.

END_OF_DOCUMENT_TOKEN_TO_BE_REPLACED 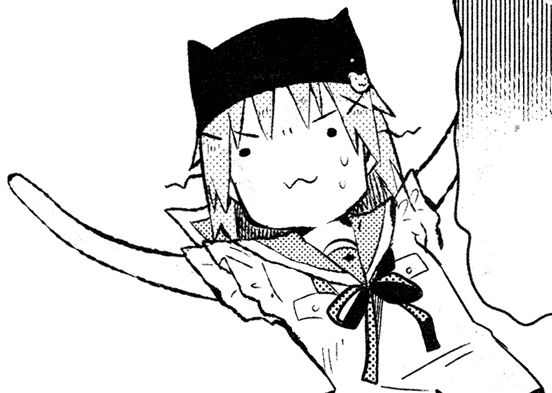 I was recently informed that there’s a very easy way to support the manga industry, and mostly in English! Using Bookwalker’s “global” side, you can buy digital/ebook version raw manga using an English UI, and it’s often cheaper than licensed manga. Licensed manga is usually $10 translated, raw manga is usually 500 or 650 yen (so about 5 or 6 USD) — rarely actually over 10 USD. That means more manga, less money. The site also has a coin/rewards system and lots of promotions, which is nice (though sadly it seems these coins don’t work on the international version of the site). Here’s the link you need:

This side has an English option, but when you add items into your cart from Bookwalker’s general (Japanese-only) site, https://bookwalker.jp/, they carry over into your “global” cart, allowing you to buy digital manga/ebooks without being baffled by moonrunes. Here’s a simple guide:

So, I’m adding Bookwalker links to all my previous and upcoming reviews, since it’s much easier to deal with for people who don’t know Japanese than ebookjapan (I’ll still post ebookjapan links, though). Below is a list of Bookwalker links for all the manga I’ve reviewed, if you’d like to purchase the series/manga. Please do!

END_OF_DOCUMENT_TOKEN_TO_BE_REPLACED

Gakkou Gurashi! is best read knowing as little as possible going in. I don’t mean “the twist of chapter 1 must not be spoiled!” or anything, just that, seriously, the less you know the better. It’s a series that really gets you thinking a lot, and you don’t need my thoughts getting in the way of yours. In light of that, right here is gonna be a mini-review for anyone skeptical as to why I’m recommending the series, while the rest of this article is for those who remain unconvinced, or for people who are already reading the series. Gakkou Gurashi! is a zombie apocalypse/slice of life psychological and survivalist drama manga that I seriously consider to be a masterpiece…for a good while. After that while, it isn’t as good (to put it lightly). I really think everyone should read “part 1” of this series, though, because it’s beautiful and so good in so many ways. After you do? Read it again, closely, and then if you still want more, cautiously step beyond. If all you need is my word to try a new manga, go try it out now. Whatever you do, though, don’t watch the anime. Don’t even look it up; it’ll actually ruin a few things for you.

END_OF_DOCUMENT_TOKEN_TO_BE_REPLACED

Well, this is a fun one!