I don’t really know what to say.

Sora ga Haiiro Dakara (空が灰色だから, Because the Sky is Gray) by Abe Tomomi makes me feel weird. The series is a grab bag of self-contained stories from the author that don’t seem to have any kind of significant connection between them, but like a similar series focused on one-shots, Nickelodeon, there’s some general kind of consistency that keeps you aware that you’re still reading the same body of work. Rather than “theme” being that binding agent as it is in Nickelodeon, what keeps Sora ga Haiiro Dakara together is “atmosphere”. The atmosphere is a bit unusual, but most importantly it feels stifling. This is accomplished by the way the chapters are presented as well as how from chapter to chapter you can’t be sure you’ll be getting something that will make you laugh or something that will make you feel really bad or really uncomfortable. Tension is created as a result and it never really leaves. As for the quality of content, it’s good throughout. This is a manga I’d highly recommend, but I don’t think you should read it if you’re feeling depressed. It’s rarely bright, as the title implies.

The manga starts off innocently almost like, in retrospect, some kind of trap. It establishes a few things that are common in the author’s works, though: over the top reactions, strange situations, and characters with problems.

The first chapter is a funny one. This character, Usami, is so shy she’ll blush over near anything and the chapter revolves around her trying to fix that about herself. Often in the stories presented throughout Sora ga Haiiro Dakara, someone‘s got issues, be it the protagonist, some important character, or a side character. The characters are the weirdest thing about the series. It’s all based in the real world, at least, rather than science fiction or fantasy, but the characters can be incredibly strange.

Sometimes it’s funny or cute, oftentimes its not.

And a lot of the time a chapter will end on a down note after something disturbing, bitter, or sad has taken place.

It’s actually a fact that this series isn’t hopeless, but hope is rare to find.

Why the Hell would you read this?

Well, sometimes the series is really damn funny. Abe-sensei’s sense of humor is cracked, but it certainly gets laughs out of me. Also, it’s really easy to get absorbed in, whether it’s being light or dark. I wouldn’t exactly call it poignant, but it’s more like I wouldn’t call it all poignant. When it’s not being funny, it will either leave you feeling like “ugh, that felt horrible” while you look over the chapter again and feel sick, or it will leave you silent and wondering — either hopefully or somber.

I really don’t know what to say.

This series is probably gonna make you feel things. The comedy and fleeting spots of hope almost feel like they’re there to keep you going. Not that the comedy won’t leave you thinking either. The comedy is also super weird. Like this chapter where it was this boy’s fetish to watch girls eat and narrate the process in meticulous detail:

Also this series establishes with chapter 2 that it likes to pull fast ones and defy you, so not only will you be on your toes thinking “is this comedy this time or is this ‘feel bad’?”, you’ll be on your toes just wondering what in the hell is going to happen in every chapter, period. I recommend not thinking about it and just going with the flow. Take all 5 of its volumes in as they come. 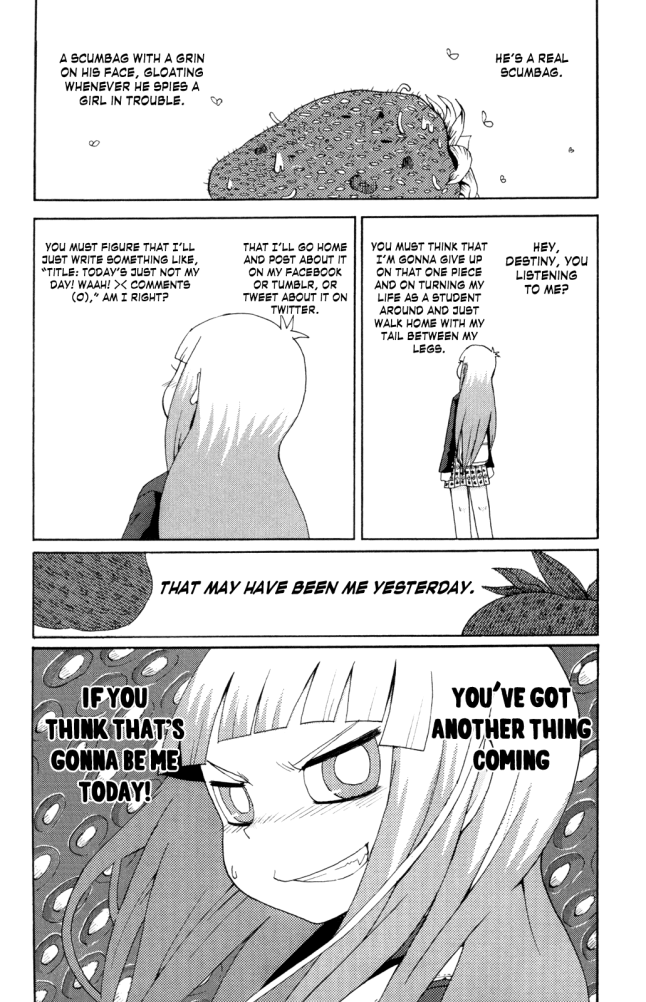 Note: only about 1 and less than a half volumes are translated as of this writing.

I wouldn’t say this is a manga about making points, I think it’s a manga that’s in part about the bizarre, in part about being bizarre (in a silly or serious way), in part about dealing with bad things, and in part about having bad things happen and that’s it. A bad thing just happened and it made everyone involved miserable. Appropriate, because the sky is gray.

Maybe because the sky is gray I kept looking for silver linings. Well, at any rate, I found myself eerily satisfied by the stories of this manga even when I was left feeling bad. That’s definitely a merit. Whatever the Hell this manga is trying to do, I think it’s doing that very well. And, for what it’s worth, when it is hopeful it’s powerfully uplifting. 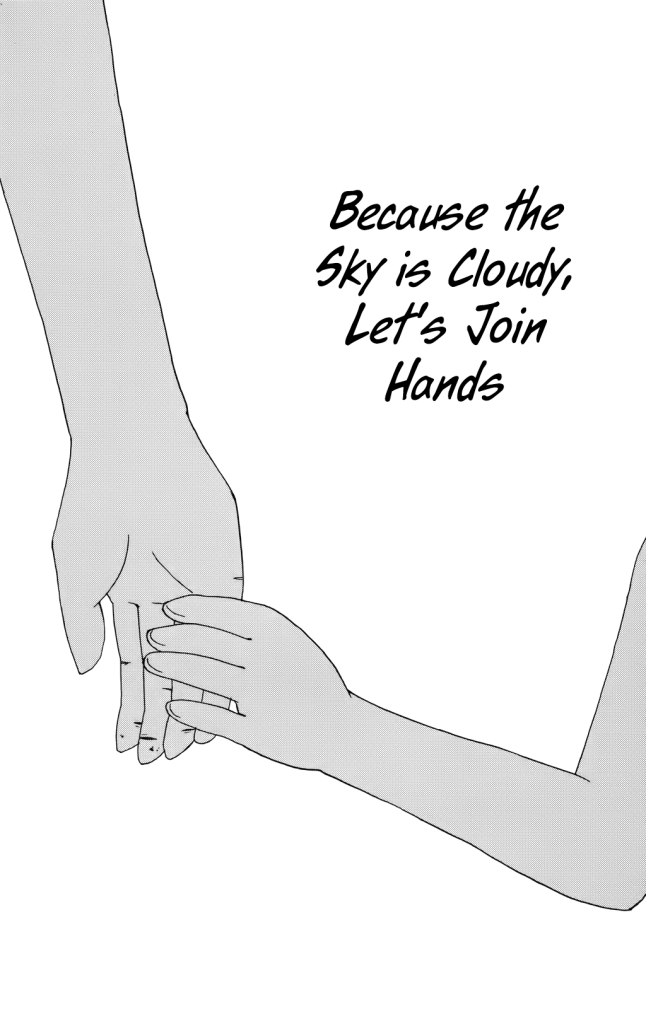 If you’d like, you may purchase Sora ga Haiiro Dakara from Bookwalker (guide), CDJapan, honto (guide), or ebookjapan. Also, the author’s twitter is @ab_t, not that they tweet much. Thank you for reading this review, I hope you’ll pick up this manga even if I sound so uncertain when describing it. Until next time (which should be in two weeks), peace.