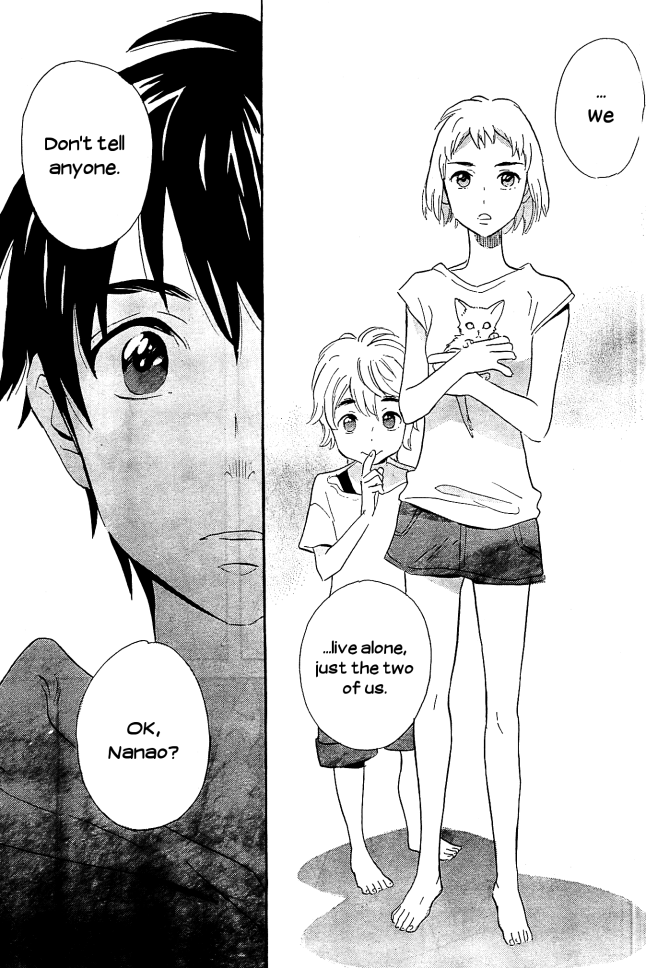 Kamisama ga Uso o Tsuku. (神様がうそをつく。, The Gods Lie.) is a short, single-volume romance/mystery manga by Ozaki Kaori (尾崎かおり) that is very, very good. I would be surprised if you found any serious issue with it. It tells the story of two elementary school students’ summer together full of both joy and stress. I hesitate to call the situation “realistic”, per se, but to use a fancy word this series definitely evokes verisimilitude. It’s dramatic, yeah, featuring a plot and events that are certainly tearjerkers, but it doesn’t feel like a “drama”; it feels like if the events of this little series were to happen in reality, they would transpire the same way. It’s incredibly well-written and once you start you’ll find it difficult to stop (and thankfully the story is finished in all its satisfaction within five chapters). Now you may have noticed I called this series a mystery; I believe I may be one of the first to do so since the series isn’t listed as such anywhere I could find. Since it’s short, it of course quickly establishes and then solves what mysterious elements are present, and since it’s short that means trying to talk about the series can easily spoil it. I mention this since I’ve seen a few people try to sell this series based on the “reveal” of this mystery that I’m referencing and that’s just not right. If you read this and end up liking it (you very likely will), don’t try recommending it to others based off of that reveal. You’ll ruin it for them! 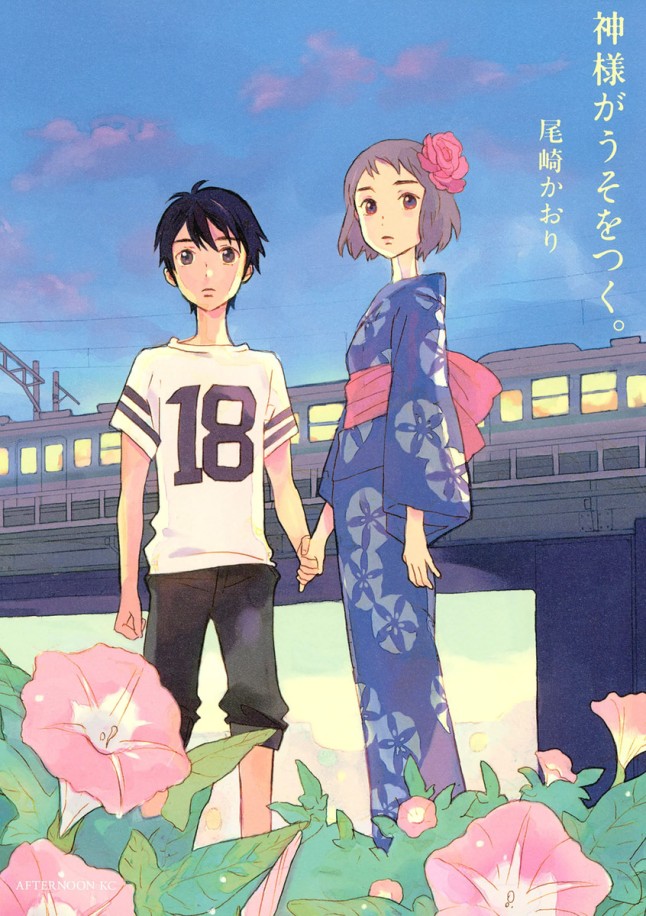 The premise here is a little complicated. Without spending too long on it, a somewhat popular/somewhat ostracized boy (Nanao Natsuru, the protagonist) encounters a very tall-for-her-age female classmate (Suzumura Rio) with her little brother outside one night and tries to pass off an abandoned kitten to her since his mother (his only parent) is allergic to cats. 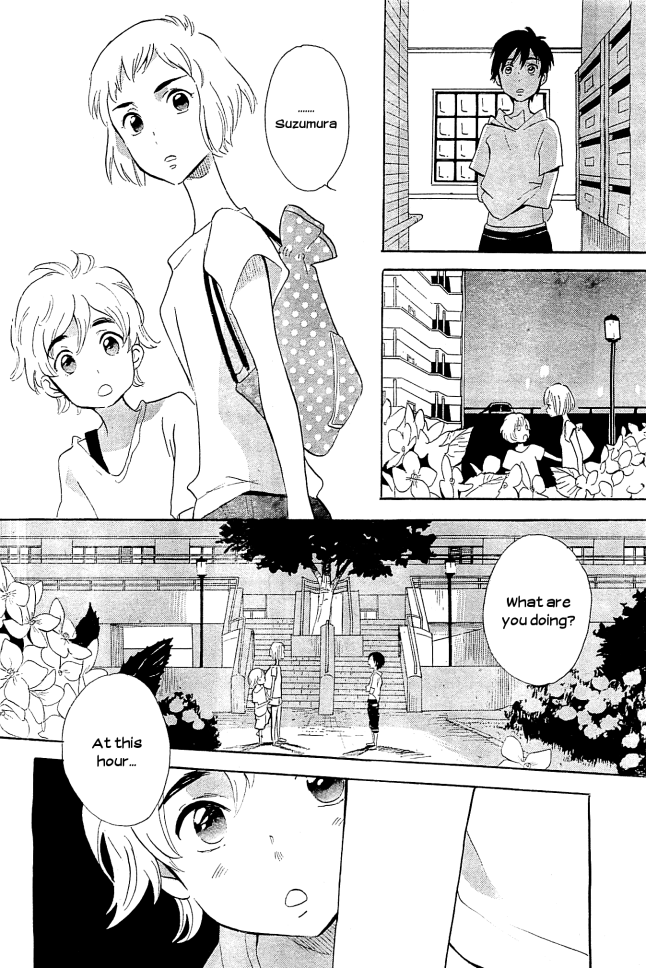 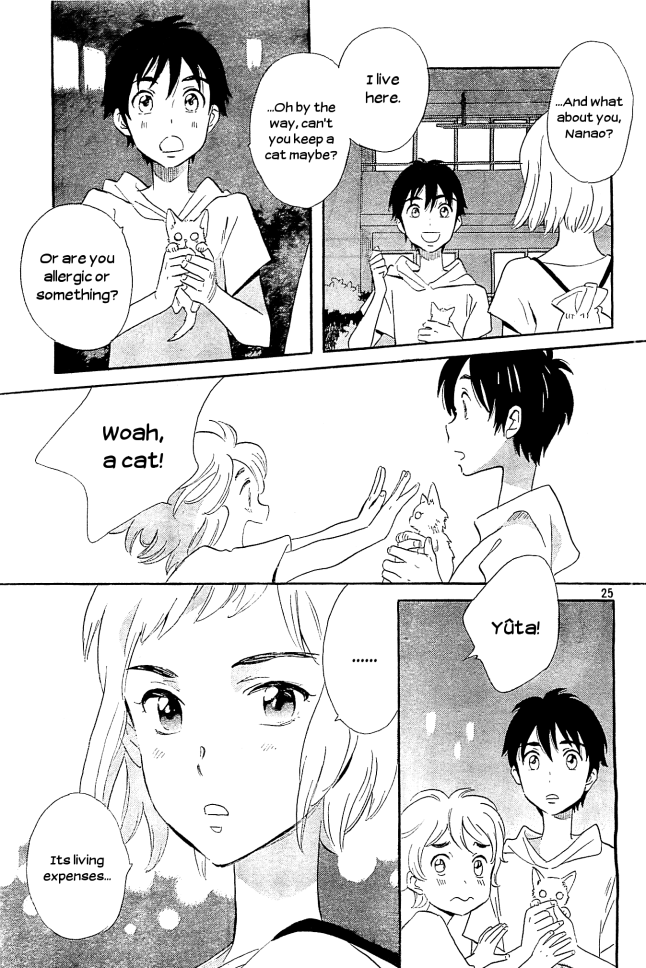 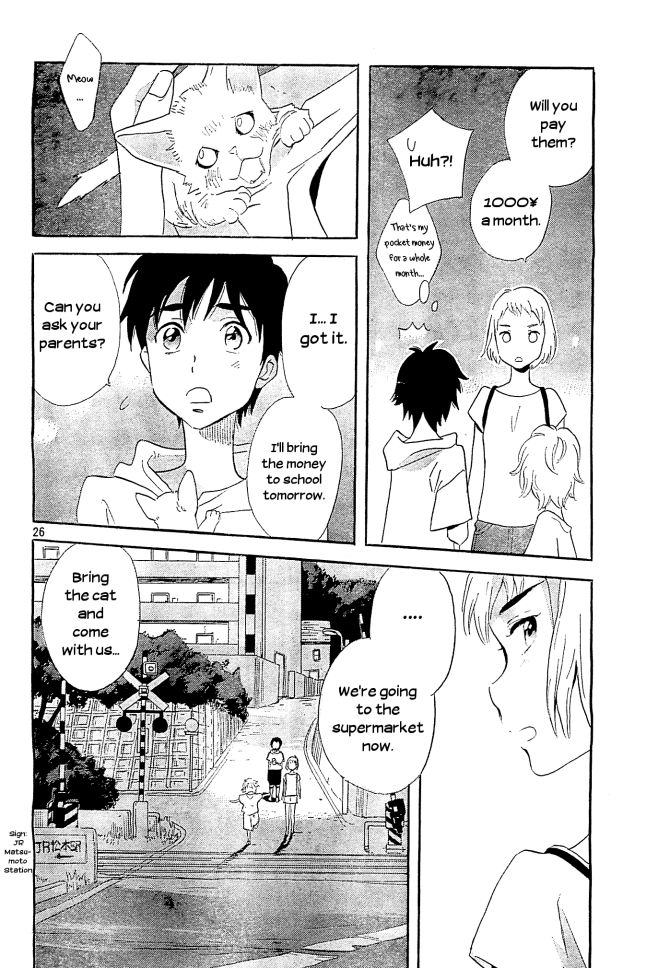 Natsuru is briefly impressed by Rio’s level head and responsibility (as she’s shopping for groceries on her own and carefully managing funds), and when he’s taken to their home he’s a bit shaken. 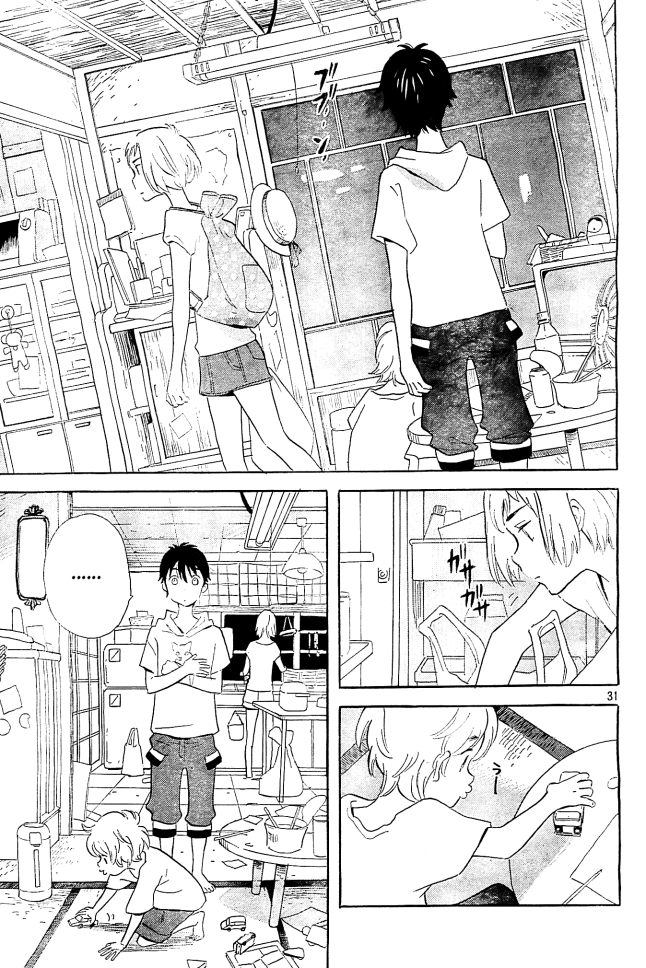 The Suzumura household is a mess and it’s revealed there is no Mr. or Mrs. Suzumura in the page I started this article with. From here on, a secret is shared between the two, and things happen. 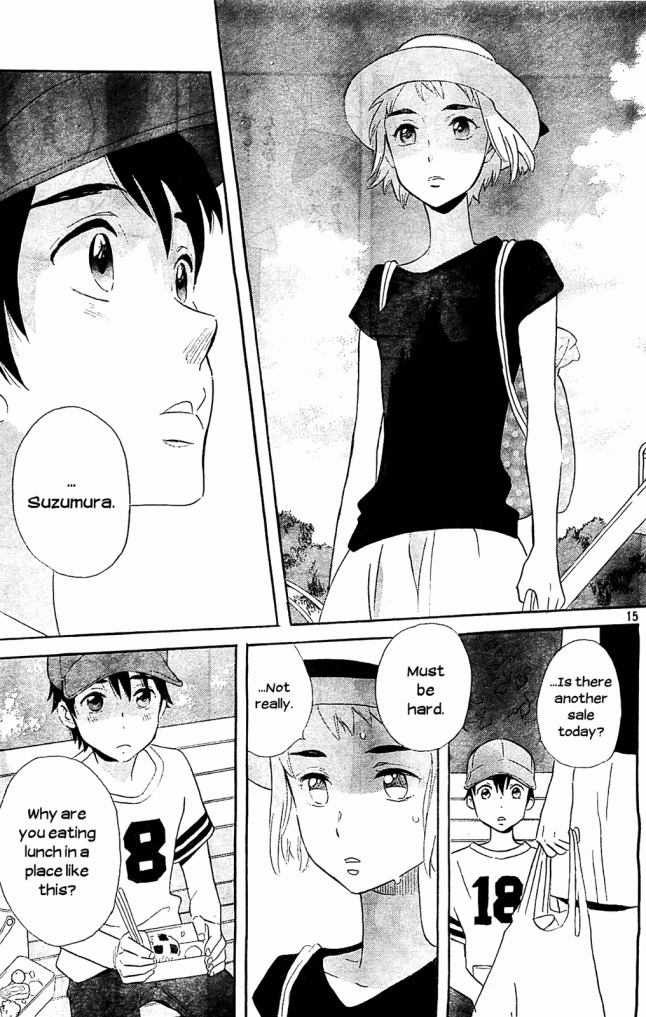 I am skipping a lot of detail because the less you know going into this one the better. On that note, I can say that eventually, for reasons, Natsuru begins living with the Suzumuras for the summer. In between all of that, a lot of subtle things happen edging the story and themes along. For instance, Natsuru’s soccer-playing is a big deal to this tale, but how exactly is for you to see yourself. 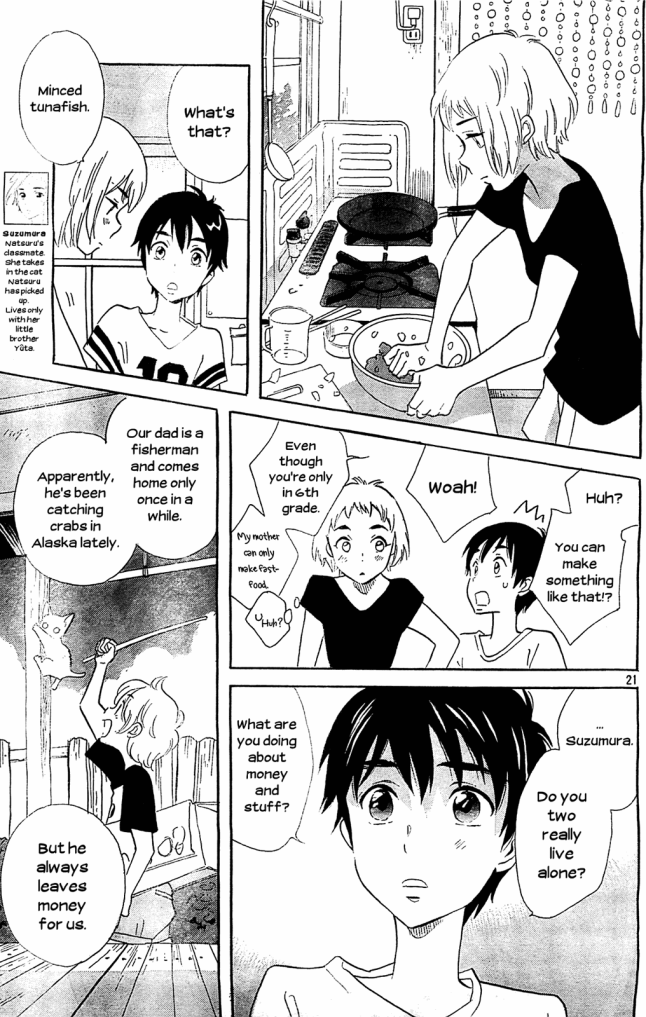 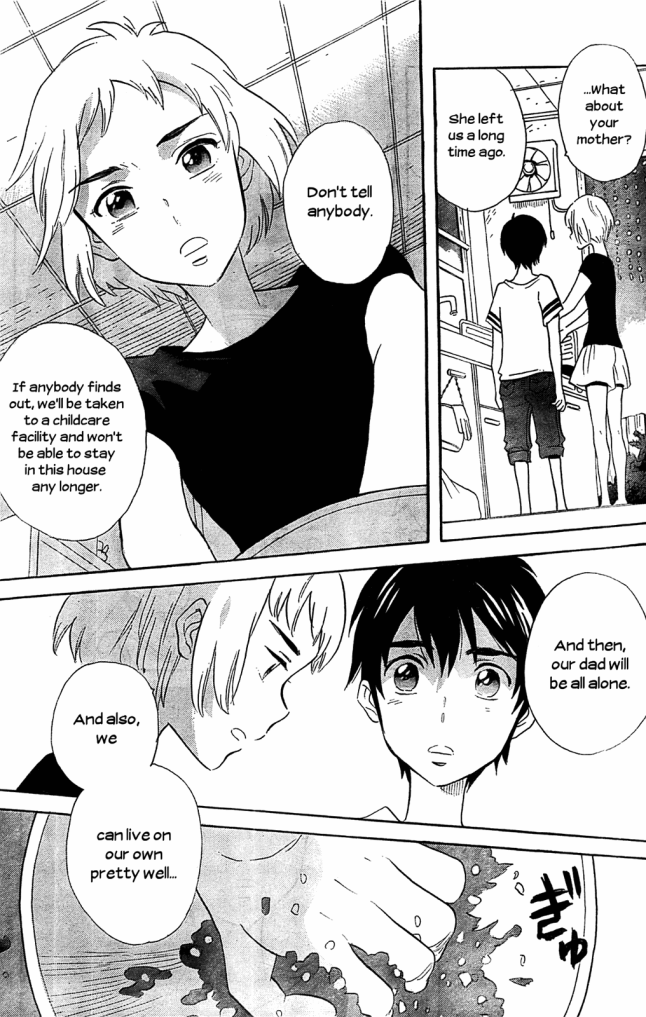 While this series can be cute and adorable and heartfelt, and the ultimate takeaway from it is good feelings, you should be aware that for the most part reading this series hurts.

It’s not just “trying to make you cry”. Really, you’re likely to cry perhaps twice in this thing, but the rest of the time there’s this quiet misery that everyone refuses to acknowledge. Impending dread, the inevitability of failure in spite of hope and effort, all-around pain and suffering related to interpersonal relationships — this may be a quick read, but it’s by no means easy.

The title, “The Gods Lie” or “The Gods Tell Lies” relates back to this strongly. Without spoiling anything, the title refers to keeping truths hidden because the truth would hurt. Being lied to for your own good, basically. You can keep that in mind while reading and it’ll be a clear recurring theme throughout the story. 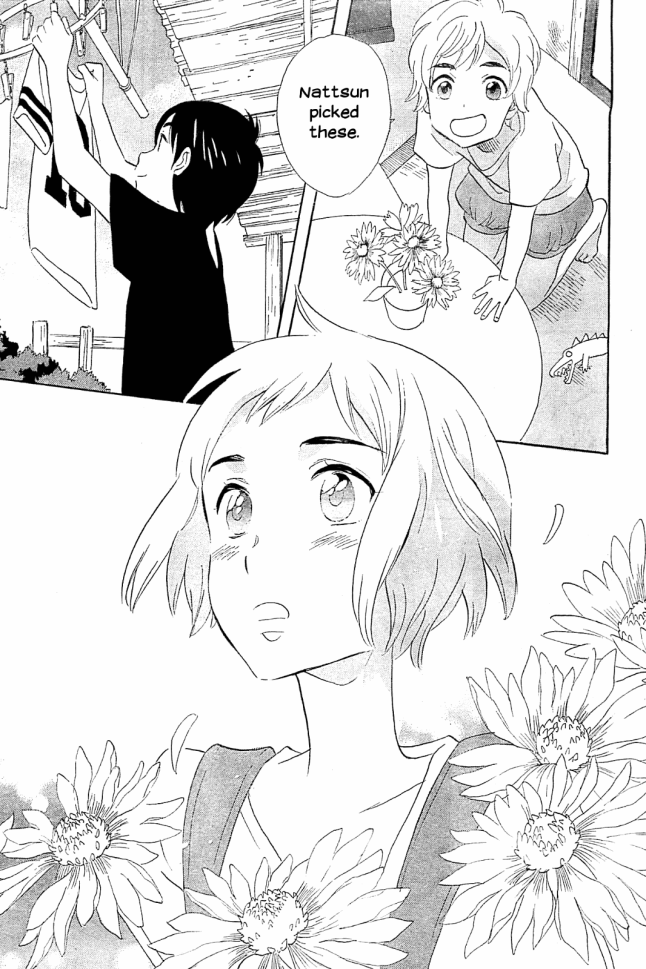 I think this manga is a helpful one to anyone depressed over life situations (family-related, work-related, or…well, you might even be surprised what else). It isn’t brimming with hope and it isn’t saying “things will always definitely get better”, but seeing what these characters go through and how they go through it, knowing they’re children and far too young to be dealing with what they’re dealing with, might give you some much-needed strength. In fact, this idea is crystallized in one page of the final chapter that I’d love to point out, but it’s the final chapter. Suffice it to say, it makes it clear what you might say the story was really about in the end: carrying on although you’re hurt — although it won’t be easy. There’s also very much to pick up on by flipping back through pages of this one. Reread this series. It’s intelligent, and there is a lot to it in its few chapters. It is moving, it is suffering, but it’s worth every minute you spend on it. 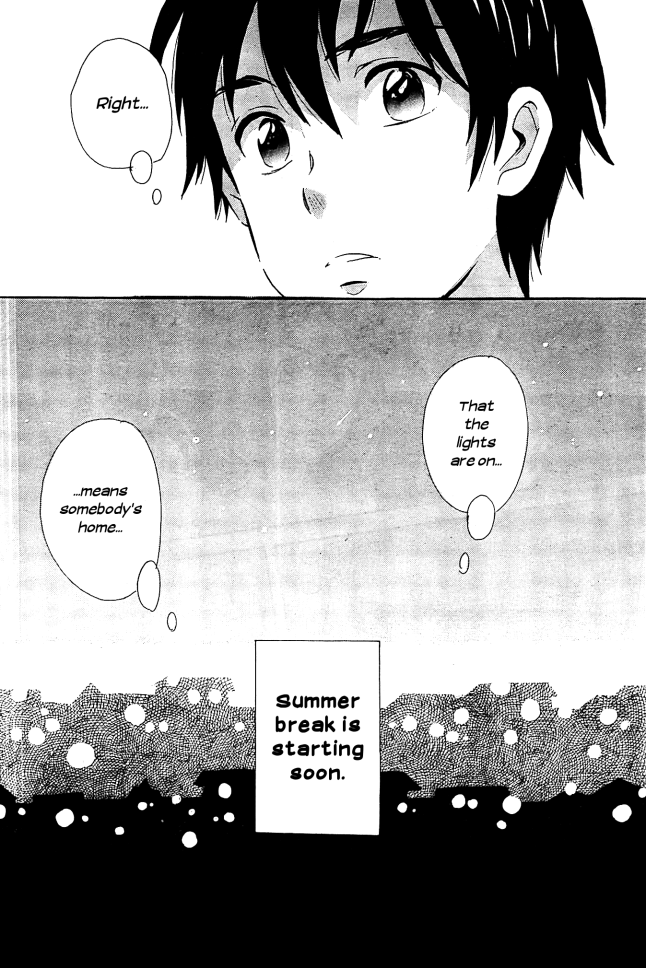 You may import Kamisama ga Uso o Tsuku. from Bookwalker (guide), CDJapan, honto (guide), or ebookjapan. You may also buy it on Western shores from places like amazon by its official English title, The Gods Lie. In case it wasn’t obvious, I highly recommend this book. It made me cry (on this, my second reading!) and I think it really was something I needed to read right about now.

That is all! Thank you for reading, see you in a bit.

[The page I mentioned in the last paragraph from the last chapter.]
This isn’t exactly a spoiler,
but I wouldn’t recommend looking at this until you’ve read the story. 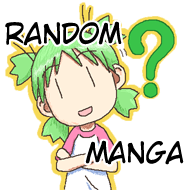